Why To Select Reliable Camera Operator

What is a Camera Operator or Cameraman?

Important camera operator skills include choreographing and framing shots, knowledge of and the ability to select appropriate camera lenses, and other equipment (dollies, camera cranes, etc.) to portray dramatic scenes. The principles of dramatic story telling and film editing fundamentals are important skills as well. The camera operator is required to communicate clearly and concisely on sets where time and film budget constraints are ever present. 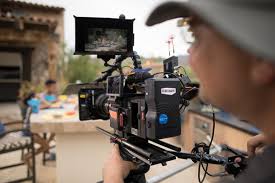 The Responsibilities of a Camera Operator 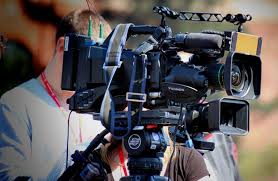 Certain skills are essential if you want camera operator jobs.

Here are the important traits you must master. 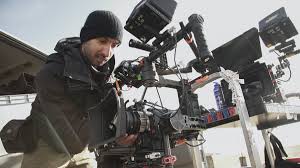 Tips To Improve Your Camera Skills And Get Better Jobs

1) Think of each day’s filming as an opportunity to come back tomorrow.

It may not actually be tomorrow, and it may not even be for the same Director or company, but many people on that shoot could have the ability to employ you at a future date.  If you impress them with your work, they may hire you on a project that has better production values than the one you are on.

Many shooting APs and ADs and even full time Camera Operators turn in footage that is badly shot: constantly crossing the line, out of focus images, incorrect colour balance, poor exposure, the list goes on.  If you don’t believe me, speak to any editor.

All of this creates extra work in the edit, and it also often viewed by those at the top.  It is very easy for a Series Producer to stop by an edit and see poorly shot material.  Of course whoever shot it will have their excuses “I was really rushed”, “we only had 10 minutes to light the interview”  etc etc.

However, the big problem is, these excuses will never be heard in the edit suite,  all they can see is the poor images.  To remedy this, get to know your camera and shooting kit inside out.  Your brain should be taken up with the artistic and creative demands of the project, not the menu system of the camera.

3) Don’t rush, and don’t allow others to rush you.

Be quick when you need to be, but work at a pace at which you can still produce a good image.  Inexperienced Directors and Producers often get a bit panicky with time, especially when working with celebrities or difficult presenters and contributors.

You can work quickly and efficiently, but be firm, don’t rush things through at such a pace where the results suffer.  Remember, the production is paying you to be there to produce good looking, solid images.

4) Always try to inject a bit of gold.

Often the bulk of a project can be a bit flat visually.  You might be shooting a documentary full of talking heads, or a corporate film about rubbish dumps. However, there is almost always room for a little gold or a moment of beauty.

Maybe there is a sequence of your interviewee playing tennis at his local club, or the rubbish dump manager walking across a giant landfill site as the sun sets.

How To Become A Better Camera Operator.

Modern post production workflows can be very powerful with the ability to perform many corrections and adjustments, but very often these adjustments only work well when the footage was shot specifically for those kinds of adjustments. Just because you can adjust one type of shot in a particular way, it doesn’t mean that you can do that to any type of shot.  You should shoot in a way that is sympathetic to the post production process that has been chosen for the project.

The other thing that learning to edit brings is an understanding of how a program or film flows. It teaches the camera operator the kinds of shots that are needed to support the main part of an interview or drama scene. Those all important cut-aways that help a scene flow properly. It’s not just a case of shooting a bunch of random shots of the location but thinking about how those shots will interact with the main shots when everything is edited together. If your shooting drama then it is a huge help if you can visualise how cuts between different shots of different characters, scenes or locations will work. How framing and things like camera height can be used to change the tension or intimacy in a scene. I think one of the best way to learn these things is by learning how to edit and I don’t mean just pressing the buttons or randomly dropping stuff in a sequence of clips. Learn how to pace a sequence, how to make a scene flow, understanding these things makes you a better shooter.

But don’t stop at the edit. Follow the post production process through to it’s end. Learn how to grade with a proper grading tool, not just colour corrections in the edit suite (although it’s useful to know the limitations of these) but things like power windows and secondaries. You don’t have to become a colourist, but by understanding the principles and limitations you will be able to adapt the way you shoot to fit within those limits. It is  a good idea to find a friendly colourist that will let you sit in on a session and explain to you how and why he/she is doing the things being done. There is always the Lite version of Resolve which you can download and use for free. If you don’t have anything to edit or grade then go out and shoot something. Find a topic and make a short film about it. Try to include people, interviews or drama. Maybe get in touch with a local drama group and offer to shoot a performance.

Consultation With Event Planner To Make Your Event Goes Well

How To Be A Pro Wedding Dj